Asmat’na – The Disappeared of Eritrea

Why are names so important?   What’s in a name?

Your name is your introduction to the world. It accompanies you from birth and, even after death, it preserves your memory.  Your name recounts your lived history and is linked to remembrances of your actions, your sacrifices and your legacies long after you have ceased to exist.

The disappeared are history. Their names are both history and testimony.

The names of the disappeared represent those values which are our common heritage. Their names are Our Names.

Their names tell about a history that those who commit violence do not want to be remembered.

By erasing their names, the dictatorship buries its many crimes-against-humanity.

Call their Names. Bring their Memories Back. Bring Back Our Nation, Our Names.

Eritrea is a country where a dictatorial regime strives to erase names. By making its opponents disappear it strives to erase their names from our memories and from the history of our nation. For 25 years we have witnessed a violent system of burying our history through silencing us from remembering those who disappeared.

This violent system includes various methods of coercion: ghiffa (mass round-ups), house-to-house search, restriction of movement, persecution of citizens because of their religious beliefs, arbitrary arrests, perpetual military conscriptions, condoning sexual violence, torture, arbitrary killings, secret executions, evictions, destruction of homes and seizure of properties. Such violent methods serve  one purpose: institutionalization of fear as a political and social weapon to silence and subjugate citizens and prevent any concerted action against the dictatorship.

Of all the violent methods employed by the dictatorship, the most baneful is the enforced disappearance of persons.

Disappearances are made possible because of secrecy, the same secrecy that characterized the leadership style of the secret party within the EPLF.  Operating in secret entails several advantages. In the first place it disorients people, as no one understands where the orders come from and who really has issued a specific order.  Secrecy hides the real numbers of the disappeared. Incommunicado detention of individuals has become one of the salient traits of this regime since the early years of independence and, even though we don’t know how many persons have disappeared, we do now that the number of both official and secret prisons has grown up exponentially.

Secrecy, however, aims mainly at creating fear. There is quite a difference in being arrested by persons in civilian clothes and not by policemen in uniform. Nothing prevents the regime’s security personnel from wearing a uniform, but avoiding wearing it has a specific aim. When a person is arrested, all the procedures are carried out surreptitiously, at night time. The intention is always to instill fear, not only on the one being arrested but mainly on the family members and the community at large.

Arrests are arbitrary and those few who are released after years of detention never are told why they were arrested.  They remain in psychological limbo – never knowing when they may be re-incarcerated.   Thousands, however, have literally disappeared during this quarter of a century.

In such a context, the message is clear.

The system wants to ensure that you clearly understand, and understand it in such a way that you absolutely have no doubts about it, that your very life depends on its will. Today you are here, but if the system so wants, you won’t be here anymore. You will suddenly disappear. You will disappear in the true and full meaning of the word. No one is going to see you anymore. All that will be left to your family will be your pictures, if any. No one will ever be able to hold your hands, to greet you. No one will ever be able to talk to you, not even the guards of the prison you will end into. Even they will be compelled not to talk to you and they will just watch in absolute silence while you slowly die in absolute loneliness. Your children will forget your voice and you will be like a ghost. You will simply disappear from everybody’s sight.

This is what the system wants.

However, the system goes beyond this. What the system ultimately wants is to make even the memory of you disappear. It wants to make you “someone who never existed”. That is why it strives so that no one talks about you anymore. It denies the discourse about you even to your own mother, simply by denying it knows you, stating that it knows nothing about you. The system wants to instill fear also in the very spirit of people who know you, so that no one ever dares even mentioning your name. In such a way it wants you to disappear from both private and public memory. That is why mothers or other relatives who enquire about someone who has been arrested are intimidated and hushed with violent methods.

What the system ultimately wants is to erase the memory of you, erase your name. That is the central, innermost part of such a depraved policy.

But why? Why are names so important to this regime?  What’s in a name?

The disappeared are history. Their names are both history and testimony.
Their names tell about a history that the regime does not want to be remembered.
By erasing their names, the dictator tries to erase the past. Because he wants history to acquiesce to his own objectives and to revolve around his name.

It is the most violent system of dictatorship where people are jailed without due process and kept  incommunicado,  including children.  To keep human beings in isolation from their families  is the worst form of violence.  It is a form of social, psychological and political violence to deprive children from visiting their fathers and mothers.

The system of disappearances is the attempt to distort history and kill the memory of those who had the courage to protest against the regime which deprived the nation of its honour as a sovereign nation-state.   However, the disappeared are our sisters, brothers, fathers, mothers, our children, our friends and their memory cannot die.

The erasure of their names is an attempt to bury values, the very values of freedom we have all fought for, for a better future for us and future generations.

The names of the disappeared represent those values which are our common heritage. That is why their names are our names.

That memory and those names cannot die, unless we all die. And, in order not to die, as a society, we need to keep their names, our names alive. Because our names are the rampart against injustice and the beacon that will remind us that the rule of law and justice are the indispensable essence of our social life.

That is why keeping the memory of the disappeared and their names alive is important in the fight against a political strategy that is inhuman  and aims at controlling our society through a systematic policy of terror.

A systematic policy that tries to erase our names and obliterate history can be fought only through a constant and systematic counteraction. Remembering and keeping alive the names of the disappeared is just the first step. I am aware that several individuals are already doing a commendable job in creating awareness about the disappeared in Eritrea.  However, we need to do more, so as to systematically collect and preserve as much historical information as possible and create a proper archive.
Doing it in an effective manner requires the concerted effort of all of us and this is a call to all Eritreans to participate in such an effort.

This is our collective historical responsibility and  a moral obligation we owe to the disappeared  and to future generations.

The names of the disappeared represent those values which are our common heritage. That is why their names are our names.

The disappeared are history. Their names are both history and testimony.

The names of the disappeared represent those values which are our common heritage. Their names are Our Names.

Their names tell about a history that those who commit violence do not want to be remembered.

By erasing their names, the dictatorship buries its many crimes-against-humanity..

Share their Names. Bring their History Alive.  Bring Back Our Nation, Our Names.

The pictures below have been collected from different web sites and social platforms.

If you note some spelling or chronological errors, we welcome corrections.

Please send us photographs or additional information to keep our history alive.

Some of the pictures depict persons who, until very recently, were associated with the dictatorship. Yet, they, too, have now become part of the disappeared.  The iron hand of the dictatorship has crushed its supporters thus showing that in the end no one is safe from the inhumanity of the regime.  All the disappeared, of the recent and distant past, are part of the history of this nation. We appeal to all of you to help us to re-build our history, to remember those who have contributed to the making of our nation.

The pictures below indicate only the date of arrest but there is no biographical information.  Please keep their names alive.  Please help us to restore their humanity by telling their histories. Any information you provide will be updated and made available to the public from our website.

Everyone is invited to provide any available detail, as listed below, about persons to whom both the following criteria apply: imprisoned by the government in Eritrea,  and whose whereabouts are unknown.

The collected information will compiled and updated when additional data is provided and it will  be publicly available on the website.

Kindly send any information to: gab.tze@googlemail.com

THE DISAPPEARED OF ERITREA 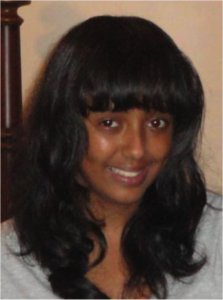 Her name is CIHAM ALI ABDU. She was 15 years old when she was arrested in 2012.
Nobody knows where she is, no one knows what happened to her.